Preparation for my last race of the year, and my second attempt at the Illuminator Run, wasn’t ideal. I’d picked up an ankle injury playing football 3 weeks before the event which had curtailed training, and then a cold the week before was still working it’s way out of my system. My initial target of a top 10% finish, which would likely require a 15% improvement on the time of 2’38 from last year, seemed in doubt.

However, on the plus side I was running substantially faster at all distances than a year ago, and being my second attempt at Illuminator meant I knew what to expect, and being a bit more race savvy in general meant I now had a strategy other than ‘make it to the finish line’.

The weather forecast looked mostly the same as last year, a bit warmer and dry, with perhaps some high winds on top: so kit out was similar to last year’s. I changed from a cap to beanie (to stop headtorch beam being chopped off), same jacket (gore running magnitude AS), but a lighter base layer. A lighter load in the salomon backpack, with only a mouthful of food/water (would pick up at the lightzone) and the ultralight berghaus vapourlight waterproof/ hypertherm (annoyingly there are quite a few folk that clearly run without the mandatory kit, I’ve never seen any of the supposed checks.. they should really do some at the finish –  a few disqualifications would soon make the point).

On the feet, upgraded grip with a pair of inov8 roclite 280 on the feet. In training the only down side to these was the lack of a rock plate; I’d felt the odd pointy rock jabbing through on training runs of similar rockiness, and tried bodging together a home made solution (an oval of plastic chopped from a container) but needed denser plastic. I attached a set of inov8 race ultra gaiters – these use a cunning clip system that avoids any underfoot strap (which would likely be damaged badly by the primarily rocky trails) and stop any debris sneaking down inside the sides of the shoe.

Kit bag packed, I spent a relaxing afternoon doing a bit of autumn photography revisiting the Falls of Feugh which is en route, then made my way to the event.

Wrist band on (no felt pen on the arm this year) and timing tag zip-tied to the trainers, this year I made my way to the front ‘race’ section, the plan being to go out fast to avoid the bottlenecks at the road-to-landrover-track transition, and then again when on to a section of singletrack, relatively near the start.

We headed off with perhaps 100 ~ 150 folk in front, both bottlenecks clear. Sleeves rolled up through the forest , I made my first timing point way ahead of schedule. Leaving the forest on to the moor I could hear some big gusts sweeping through the trees.

Coming over the top of the hill last year I saw the quite mesmerising snake of lights twinkling ahead into the distance; this year no sign – one of the other racers commented to look back – quite a sight receding into the distance. I was now 14 minutes ahead of my target time at this point which had me worried I’d over did it, or calculated wrong, but felt good so held pace.

Picked a few folk off descending towards half way – when it got steep I switched up my head torch to ‘mid’ (about 600 lumens – being an MTB light it can do 1200) which I find gives more confidence seeing rocks /ruts, and what lies ahead. Got stuck once or twice behind more cautious runners who were also swapping ‘lanes’ a lot (a lot of the route is rocky ‘landrover track’ with one of the two tyre wells typically a bit smoother, sometimes the centre is better but often quite tufty with heather/grass). Felt an unusual gut twinge/possible stitch forming so throttled back a bit.

Heading into the Lightzone I was part of a small group,  they didn’t stop but I thought it best to grab a cup of juice and a snack, then headed back out alone but nourished.

I ended up on my own in the dark now for quite a spell, but eventually I heard an odd sound, gradually growing louder – a chap with an odd breathing sound who I’d passed earlier (recall him also at the Ythan challenge). He passed with a small group, but I rejoined them on the final climb where pace drops right down and compresses the field.

Last year I ran up this albeit at a glacial pace, this time I decided to walk with the odd run burst, it reaches 25% gradient in places! The walking had ‘thigh-pushing‘ in spots, theoretically transfers a bit of effort to other muscles. Over the top (13 minutes ahead of target) I was confident that I’d smash the coming descent and pick up a lot of places.. but out of nowhere a jolt of cramp..uh-oh.. on the way down I’d get the odd stab which made for a disjointed descent and robbed me of momentum, particularly as it was wet and pretty muddy and slippery this year; I was conscious that a cramp lock up at speed could mean a severe fall. Despite less than full exertion, at the bottom it got worse and I had to pull up and try to stretch and massage some life into my calves. Under way again but still twitchy, it was a battle now to survive, and I began to lose places.

On to the road and the final stretch and I had nothing left, no triumphant sprint today but instead a haggard and wincing shambles towards the end.  A few more passed and but there was nothing I could do; over the line painfully (bet I look rough in any photos!) and the watch said 2’05 which I would have said was impossible at the start; my most optimistic had been 2’15.  I held on to the fence for a minute to gather strength, and had a good blether with a chap in the crowd who’d stopped running (but used to do 30 minute 10k’s, and fancied getting back into it now at 48 and giving illuminator a shot). 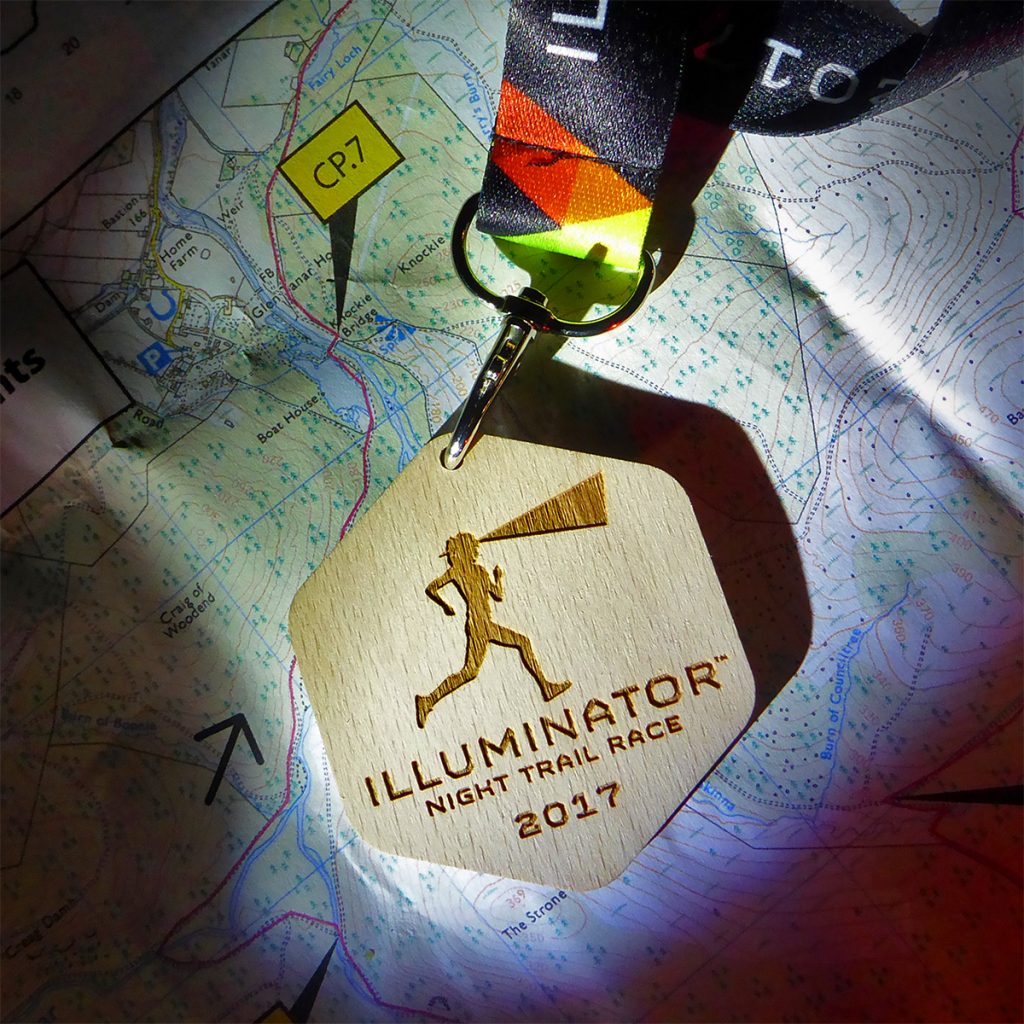 Medal collected, I headed inside with a friend who’d now finished, he’d also beat his target, to collect our mugs (with extremely welcome tasty venison soup). I could have drowned myself in its deliciousness.

– Lighting – big lumens = confident descending, I picked up most places on descent. I’ve improved a lot on rough descents; no longer a weak point like last year.

– Inov8 Roclite 280 and gaiters – lightweight and good grip, and despite no rock plates, feet weren’t too beat up despite quite a few pokes. No grit due to the gaiters, and they were unnoticeable in use.

– Double socks – two pairs of socks rather than one pair of twin skin. Feet were slathered in vaseline too (in preparation of getting wet) but one or t’other feet had not the slightest twinge of blister which is surprising, and felt a lot less beat up than after the Aberdeen Great Run half marathon.

– Strategy – going out at the front and being quicker up the first hill essentially that was where most of the gain was made over my last attempt.

Things that could have been better:

– Rucksack – I do like my salomon jaws 10, but could do with another couple pockets up front, it only has one zip pocket. Unzipped pouches are no good on rough terrain unless very tight/deep which are then fiddly to extract from.

– Cramp – training runs probably not long enough in either time or distance; or maybe not enough stretching in my general routines? I’ll take it as an indication that 100% effort was expended

– Overtaking – I probably could have maybe been a bit more assertive on tricky downhills, perhaps cranked the light up full beam and made it more obvious somebody was away to zoom past

Overall though very pleased, my highest ever finish as a percentage of the field, and an unexpectedly huge improvement on last year’s attempt. Next year’s obvious target: break the 2 hour barrier!

Some other blog posts about the race:

Some of the photos from the afternoon’s photo session turned out pretty good too: 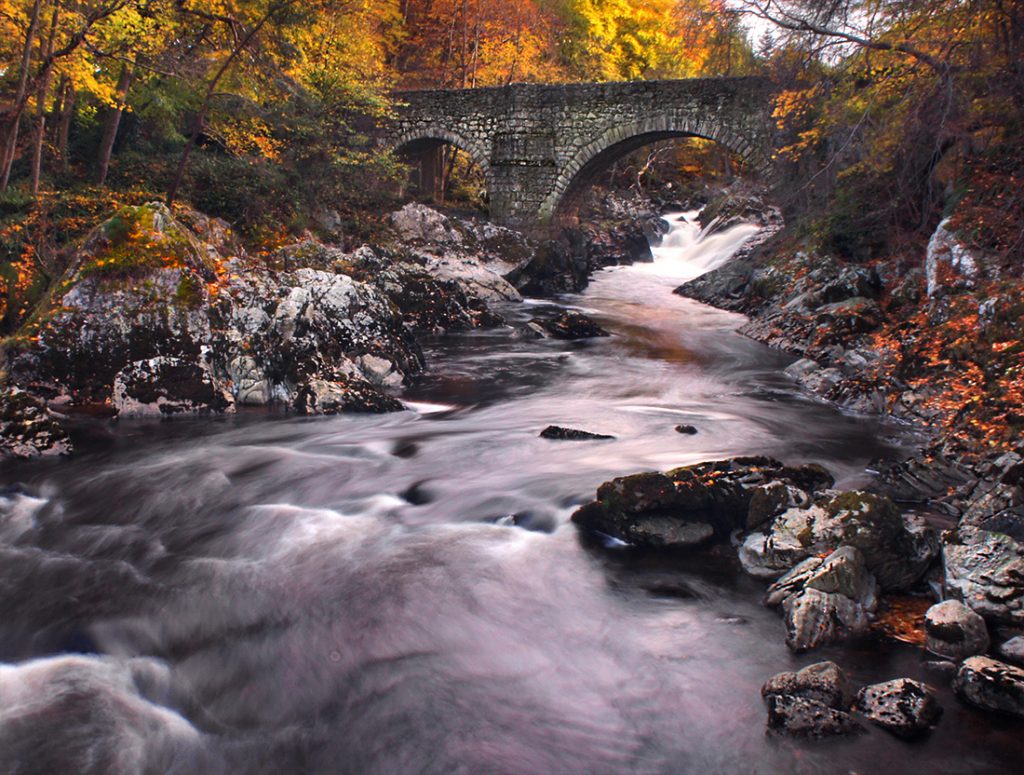